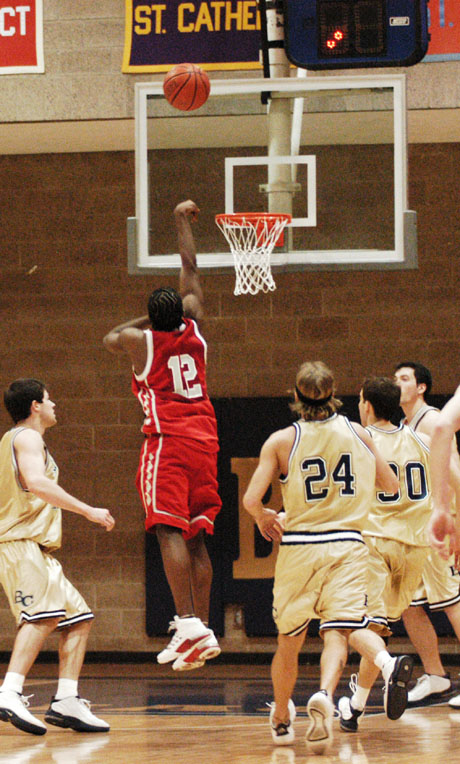 While our official start is in late 2009 the first games we published on the software platform that would become d3photography.com were between St. Kate's and Gustavus and then Hamline and Bethel on February 1, 2003. We owe a special thanks to the MIAC's Dan McKane for giving Ryan a ride from St Kate's to Bethel for the second game. One of those first photos can be seen to the right.

In most cases if you click the black area this popup will disappear.